THE CROWN LOCKDOWN WINDOW EXHIBITION
Our next art exhibition will be 17th May - 17th June 2021.

The Crown launched an art competition in January 2021 during the lockdown, inviting local artists to send in drawings, paintings, etchings and sketchings of the pub. The response has been phenomenal; nearly 50 entries have been sent in and the variety of entries has ranged from oil paintings, knitted crowns, stained glass, illustration, collage, watercolours, felt craft, models, and even a digital experience. The pub has been depicted in many ways; during lockdown, on a busy Jack in The Green day, with our friendly seagull, and a historic view from the 1800s. Entries have come from those aged 8 to 88, from a mix of professional artists to those who have picked up a paintbrush for the first time. Tess Swan, landlady, says “We have been overjoyed to receive these artworks during lockdown. People have put such an incredible amount of time, effort and love into their entries and we are so grateful. We have been pleased to be able to continue to celebrate local talent during this time.” Imogen Partridge, one of the artist entrants said: “We have so many wonderful memories at The Crown, and I love painting, so this was perfect for me, I so look forward to visiting and seeing all the artworks in real life”.

The exhibition is currently being displayed in the windows of The Crown, All Saints Street, for those passing to enjoy, but will move onto the walls inside the pub for a month, once it reopens later in the Spring. There will be a public vote for the overall winner, and some pieces will be for sale.

Millican’s Can or (Don’t Waste Words, Jump to Conclusions)

On show are 18 artworks, made between 2015 and 2020. Within this selection there is no main theme other than the ongoing painterly pre-occupations that give rise to the works. The artwork is installed in a way that seeks to illuminate some of the connective bounds: recurring motifs, colour palette, line & form.

Jonathan Murphy finds the kernel for the beginning of a new work in many places: pencil sketches, a desire to respond to a previous work, a catchy title or just being in the studio with no more sweeping-up left to do; very occasionally this beginning crystalises into something, but more often, this initial process of creating a painting is scraped back or incised into (with the tip of paintbrushes, splinters and sculpting tools). This tidal journey that the paintings undergo—accretion and erosion of image + material—leave echoes of previous incarnations. These echoes help direct where the work finds itself. Often, the paintings are re-worked over a period of years.

This exhibition takes its title from an inscription carved into the face of a cave wall by Millican Dalton. Dalton was an 19th century London Clerk who, after living a bourgeoise life, became a hermit. Dalton spent 50 years living in the lake district, in a subterranean cave.

“In the dark things can be one way up or the t’other, in the moment, well, it’s the sense that counts.”

Jonathan Murphy studied painting at The University of Bradford and The Slade School of Fine Art. He is the organiser of numerous exhibitions and group shows. He is the creator of the online platform Nada/Da and has his studio in Hastings.

Hannah paints, embroiders and designs her artwork in her St Leonards beach hut - the inspiration for much of her work.

Hannah has created a collection of artwork that endeavours to capture everyday snippets of personal points of view and intimate perspectives.

Using oil paintings and embroidery Hannah portrays her understanding of the female form; her view of obscure angles and wobbly bits.

Using unusual colours and snippets the figurative paintings take up landscape qualities, the work becomes personal to the viewer.

A collective exhibition - Hastings Pride + Hastings Artists celebrate the LGBTQ+ community and 50 years since the first Pride march in New York city in 1970.

An exhibition of work by local to Hastings artists that celebrates the diversity in our community and the love for the LGBTQ community and its friends and supporters.

15% of the sale price goes towards Hastings Pride celebrations for next year's Hastings PRIDE day. 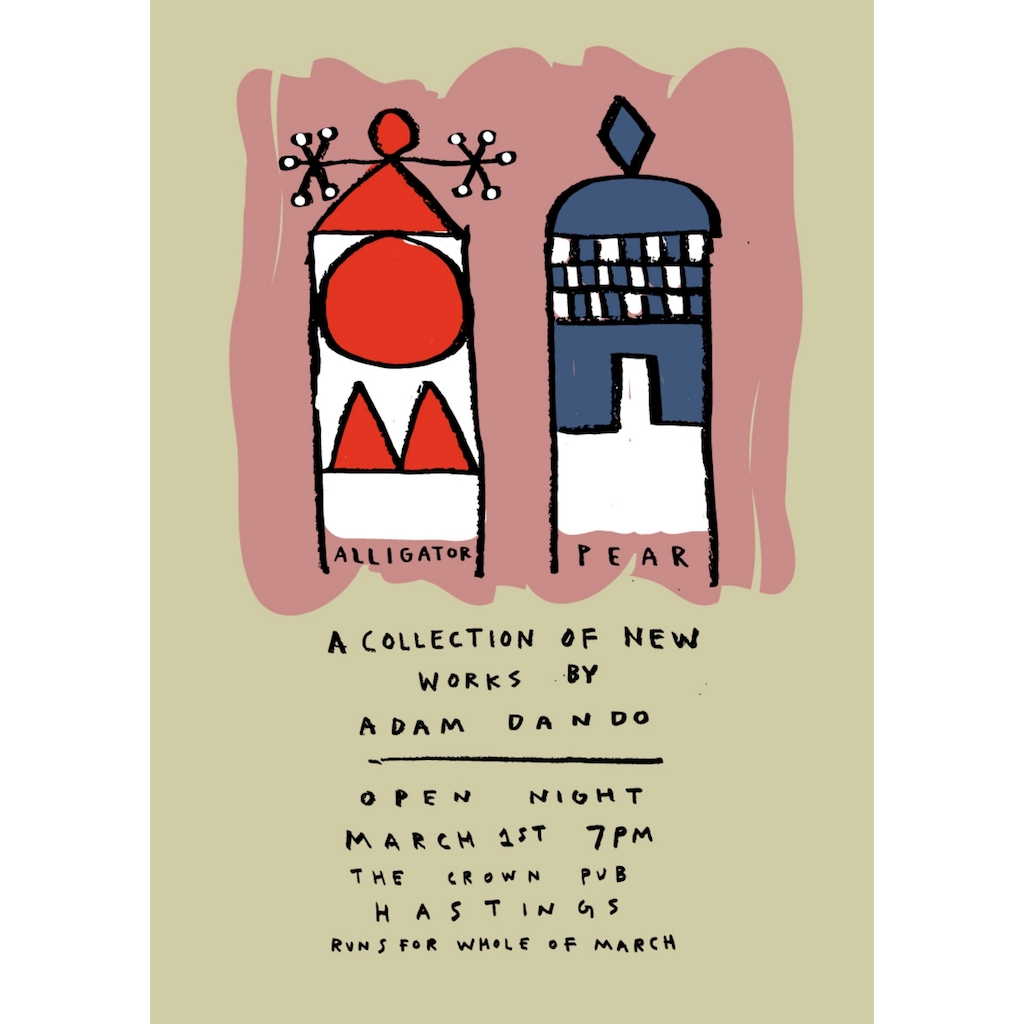 A collection of new works by Adam Dando 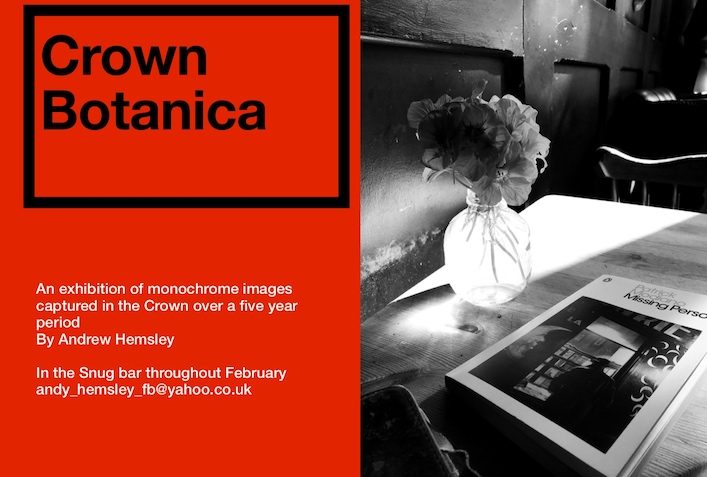 An exhibition of monochrome images captured in the Crown over a five year period.

In the Snug bar throughout February.

An exhibition of new works by Pia-Jaie Carpenter

Rosa celebrates the wonder and variety of her weekly veg box in these lush and vivid watercolour paintings.